On the 8th of May, the Rainbow Nation went to the polls for the 6th democratic national elections in a year plagued by a poorly performing economy, government scandals and load shedding. There seemed to be an air of general dissatisfaction over the elections this year, and I personally noticed a rise in apathy and cynicism amongst my peers, colleagues, acquaintances and friends. This sense seemed fairly spot-on, with voters turning out in the lowest numbers yet – especially in key areas – not to mention the drop in support for major parties like the ANC and DA in favour of unproven rivals. So, where has the positive, can-do attitude gone? Why are people of all backgrounds feeling dissatisfied? Why are so many people saying that they’re voting for a party that they’re not entirely happy with – or not voting at all because there isn’t a party that even represents their needs?

Leaders Who Lose Their Connection

First of all, it’s important to say that performance in politics, as in business leadership, can’t always be distilled into one simple thing. It’s a complex and multi-faceted issue. At the same time, it seems clear that political leaders need one, simple thing in order to build their power and influence the direction of our country – and that’s a connection with the people they seek to lead.

This connection, which forms a strong relationship, allows leaders to influence others, whether they are voters, employees or team members. It’s what convinces people to go out and cast their ballot in favour of a particular party, what makes a person bring their very best ideas to the table when it comes to moving a project forward, and what creates strong and meaningful bonds between individuals. Without a connection to those you want to lead, you’re never going to get to the heights you seek.

The ruling ANC, while it still has a strong and loyal following in the country, is slowly but steadily losing ground. While they will always hold the position of a beloved liberation party, the connection with the voting base is being eroded. It is difficult to motivate people to put you in power when promises haven’t been kept or when there is a strong disconnect between what you say and what you do. The same slogans that once charged a crowd and sent record-breaking numbers to the voting stations are looking tarnished when the actions of leaders don’t back them up.

The DA, another strong party in South African politics, is also suffering from a lack of connection with the public. People are shouting for solutions but all they get in return are leaders pointing out how others have done a bad job.

Overall, it seems like the parties doing the listening are the untested smaller parties – and they’re gaining ground as a result.

Leaders, Show Us Your EQ and Master Yourselves Before You Lead Us

There is nothing that demonstrates the most effective qualities of leadership as the ability to lead yourself – whether it’s in the workplace or in society. For our government and our businesses to become successful, to grow in times of economic success, and to start innovating rather than reacting, leaders need to develop their own personal mastery and emotional intelligence.

Personal mastery and EQ are about knowing yourself and knowing others in order to make a strong, personal connection with your team. It’s about understanding different values and where they arise from, it’s about developing new perspectives and relationships to ultimately direct people more effectively. By developing a purpose and vision grounded in better self-knowledge, leaders are positioned to act with authority and authenticity, and to solve conflict rather than adding fuel to the fire. It’s about not only putting together a powerful speech – it’s about being the first to take the steps needed to make those words a reality.

It’s no secret that South Africa has huge potential, both as an economic and social powerhouse, but it’s going to take exceptional political and business leadership to correct our course – and that takes leaders who are willing to take a hard look in the mirror and start working on themselves. That way, we can all bring our best to the table and build a better future.

Expand Your Ability to Grow Through Personal Mastery and EQ Training

To find out more about the training courses offered by Maurice Kerrigan Africa or to arrange an appointment, simply call +27 11 794 1251 or email info@mauricekerrigan.com. 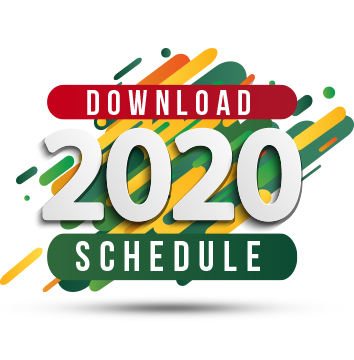 Based in Johannesburg, South Africa, for more than 25 years Maurice Kerrigan Africa has been the first-choice provider of training and development courses. 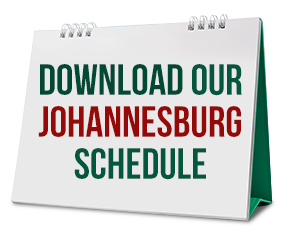